As part of my role as a ‘Sensitive New Age Guy’ (SNAG) here at Casa Creakingbones, one of my many household tasks is to collect, on a weekly basis from our News agency ( papershop) , The English Woman’s Weekly , subscribed to by She Who Must Be Obeyed(SWMBO).

The magazine and several others come in a sealed brown paper bag and I deliver them in their pristine condition with no  thought of peeking.

There is no need for me to peek as from time to time SWMBO will bring an article to my attention.

Imagine my surprise when just the other day, SWMBO summoned me to her boudoir and handed me the 2nd February 2016 edition of the weekly and said, ‘Read the article on Bill Nighy and Dad’s Army.’

Now I’m a long time fan of that wonderful TV series, Dads’s Army so you imagine my delight on being given the opportunity to learn a little more about it.

Another surprise awaited as I retired to my comfy office chair and examined the front page of the magazine.

It’s price tag had been placed over the first two letters of the word Woman’s on the cover’s title, thus creating a new title, THE ENGLISH MAN’S WEEKLY.

The cover also included a large image of Bill Nighy.

Had the placement of the price tag been deliberate I pondered?

Is it part of a overt campaign to restore men’s lib to a more prominent place in our politically correct society?

Under cover of the pretext of house keeping I collected a reasonably  sized sample of previous copies and began a  count of the placing of the label.

From fifteen copies, only one showed the full title,The English Woman’s Weekly, and even on that copy a part of the word ‘Woman’s’ had been partly obscured.

Even though my sample was small, I feel that the numbers are statistically significant.

I reckon the figures speak for themselves and Mens Liberation is on the cusp of a return.

Next Saturday when I return to the news agency I’ll make it my business to congratulate the male newsagent on his bravery.

Of course, I’m totally unsure as to how I’ll meaningfully stiffen my SNAG.

Of course, some of my  Aussie mates will misinterpret my previous sentence but most of my readers will know what I mean.

I though that the following two images will clearly illustrate what I’m on about. 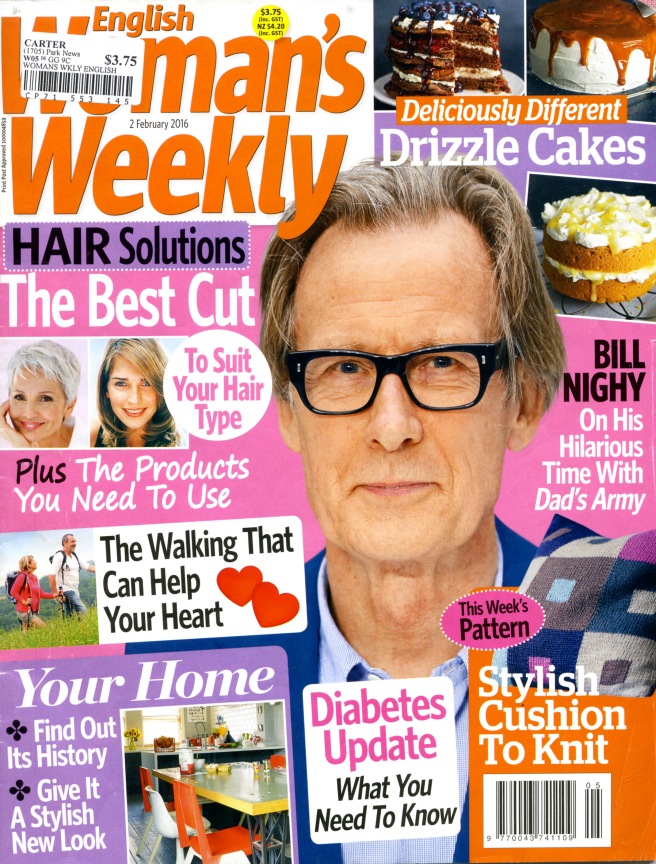 NO MISTAKE ABOUT THE LABELLING. 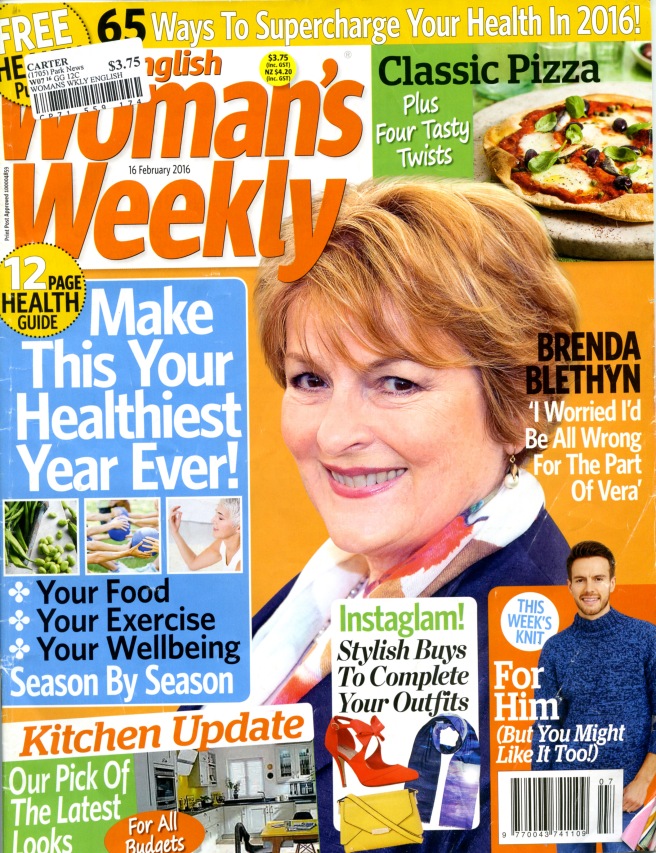 ALMOST GOT IT RIGHT