The fair was well promoted by local shops displaying this  comprehensive advertising poster: 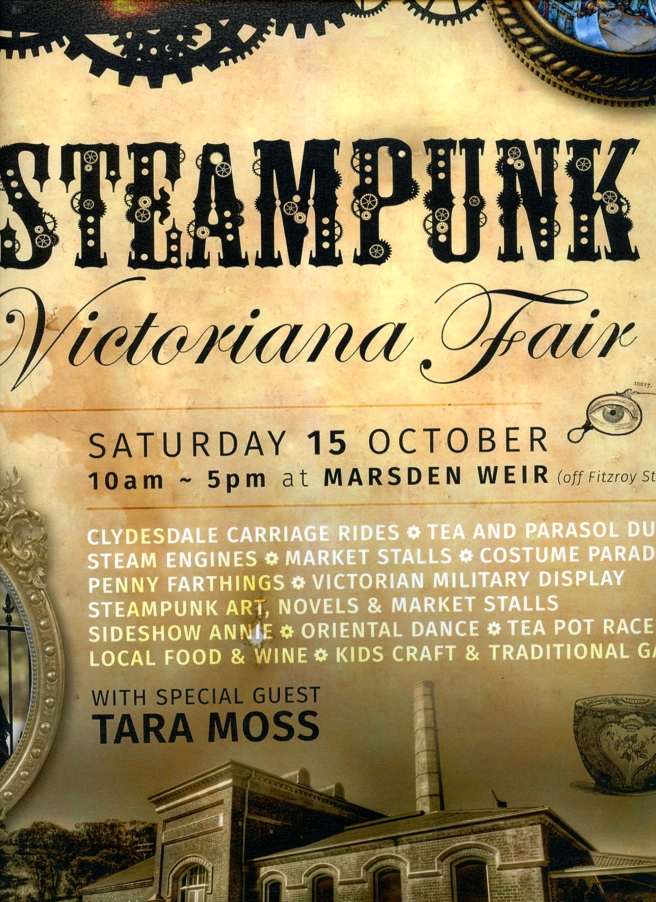 As you can see from the poster, there was something for everyone and Ms Tara Moss was the stand out attraction. Not only was Ms Moss dressed for the occasion but she was approachable, friendly and when it came time for her to judge the Steampunkers’ outfits she was particularly attentive to the young competitors, gave encouragement and personally complimented every one of them.

The weather was kind on the day, the crowd became larger as time passed and everyone

appeared to be enjoying themselves, I certainly did.

Next year promises to be even bigger and better.