Christmas is now but a memory. We have eaten through our christmas cake, a whole ham, a turkey, a triffle, all the ice cream and the beer, not to mention salads by the ton.

We’ve also helped consume Christmas left overs when invited to the homes of neighbours and our friends post Christmas day.

However those bloody Christmas Beetles just haven’t stopped feasting on our trees for one moment. Sure, their numbers may have decreased somewhat but their destruction continues unabated.

This afternoon I wandered around the yard and took a number of photos to illustrate their voracious appetite. 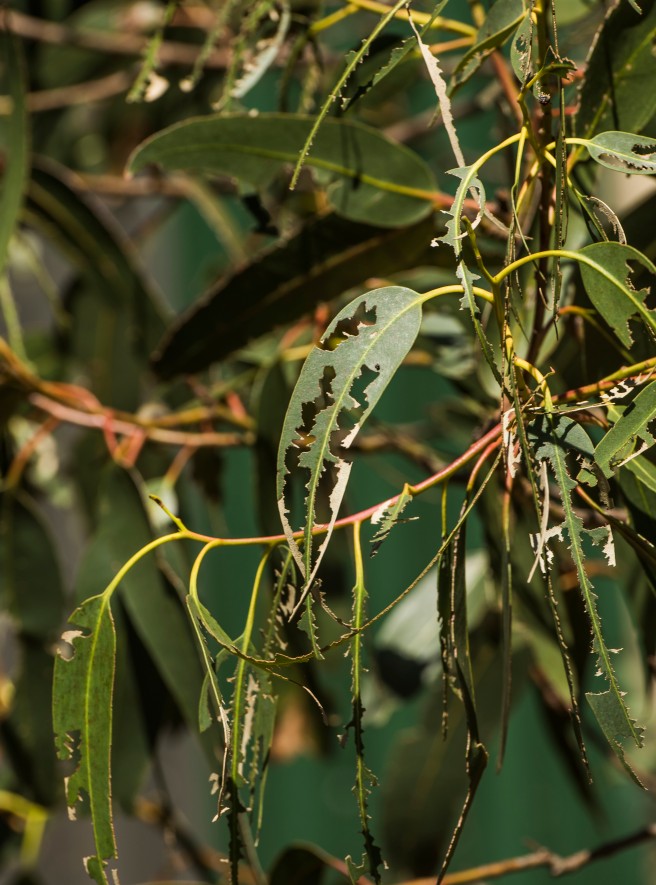 Imagine  the damage to this single leaf multiplied by many thousands and you can visualise the damage they have caused here in just a week or so. This tree was one of the first to come under attack. Not much green foliage left on it now.

Up closer you get the general idea of the damage the beetles cause by their non stop munching. 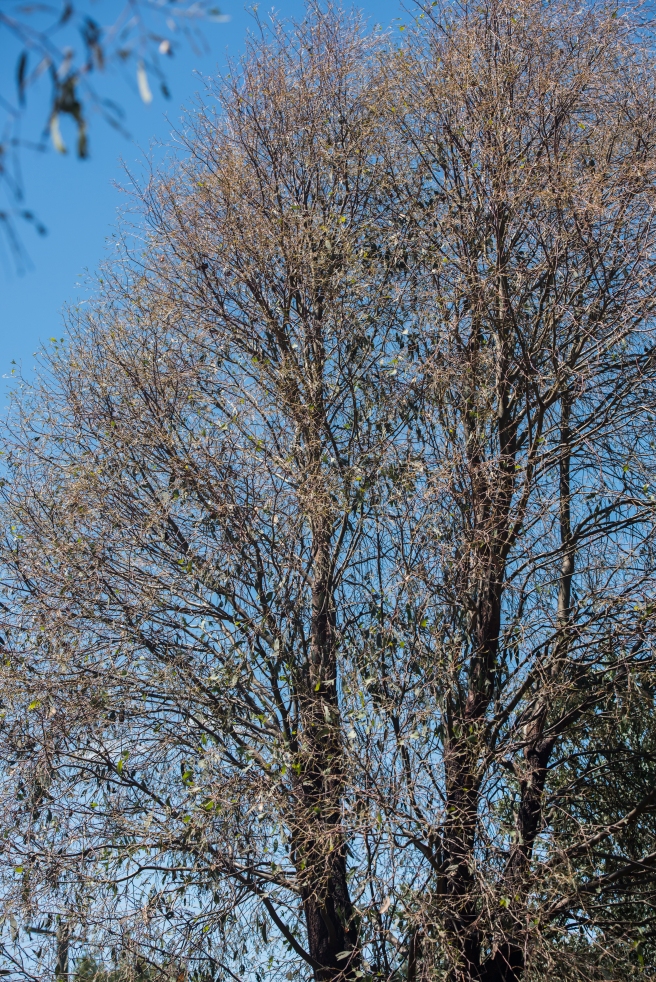 With any luck, the little buggers will leave enough leaves intact so that the trees will continue to breathe and survive till next time. 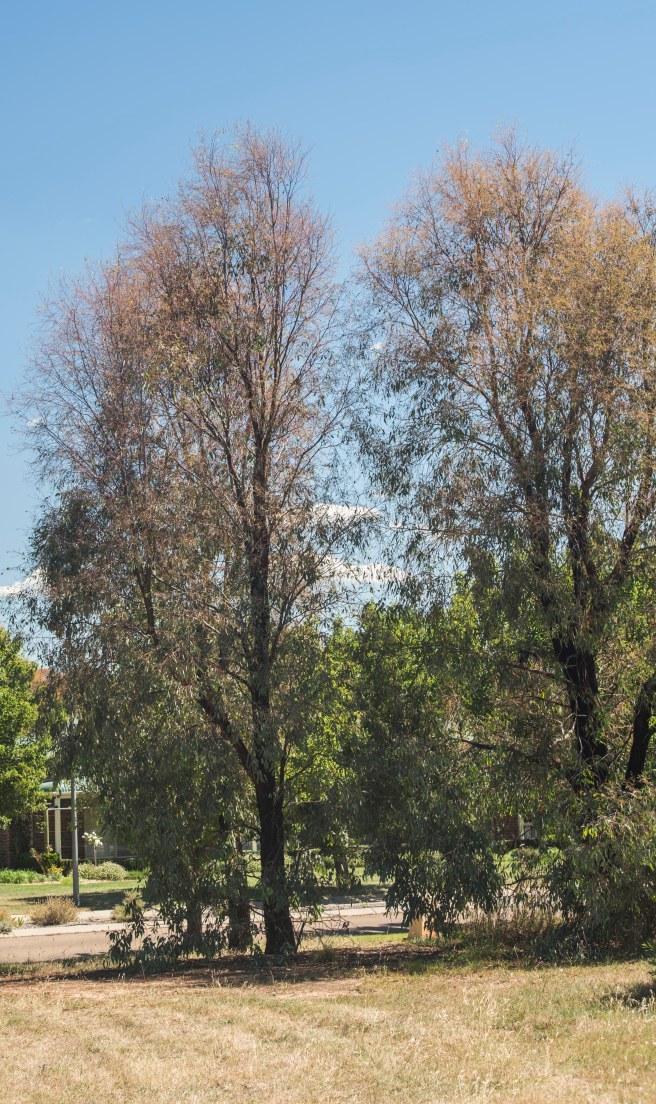 For some unknown reason, the beetles have left  branches and their leave that are nearest the ground almoast intact.

Altogether, nine of our mature trees have hosted the beetles banquets.

Here at Casa Creakingbones we hope that no Christmas Beetle invitations will be issued in future.

It goes without saying of course that surviving members of a better known beetles group would always be welcome.