My ‘A LUCKY FIND’ blog the other day sent me rumaging through my files to see if there were any other bits and pieces that recorded some of the events in which I became involved during my thirty four years as a member of the New South Wales Police Force.

What I found sent me on a journey back in time from my start as a Probationary Constable in May 1961 until my retirement in May 1995 at the rank of Chief Superintendent.

I was proud to wear these epalettes identifiying my rank.

Wearing this insignia was a far cry from the simple number and NSW Police Force badge I wore on duty in 1961.

Way back then, a workmate took this photograpoh of me when we were performing duty on a public beach on the shores of Sydney harbour. It was every uniform policeman’s wish that a strong gust of wind would blow our summer helmet under a bus. That didn’t happen to this helmet until my wish was granted in Wagga Wagga in about 1964.

As was the process way back then, not long after I’d successfully completed my 12 months as a Probationary Constable I was transferred, without notice, ‘In the Interests of the Service’, from Sydney  to rural Wagga Wagga in the Riverina district of New South Wales. As I was a single man I was graciouslly given a week to pack, find accommodation there and complete my move.

I during my five years on General Duties in uniform in Wagga Wagga and it’s surrounding police stations I learned a lot about policing and that experience served me well when I was transferred back to the City of Sydney in late 1967.

Then, in March 1968 I was transferred to  a plain clothes investigation section at the Criminal Investigation Branch(C.I.B). 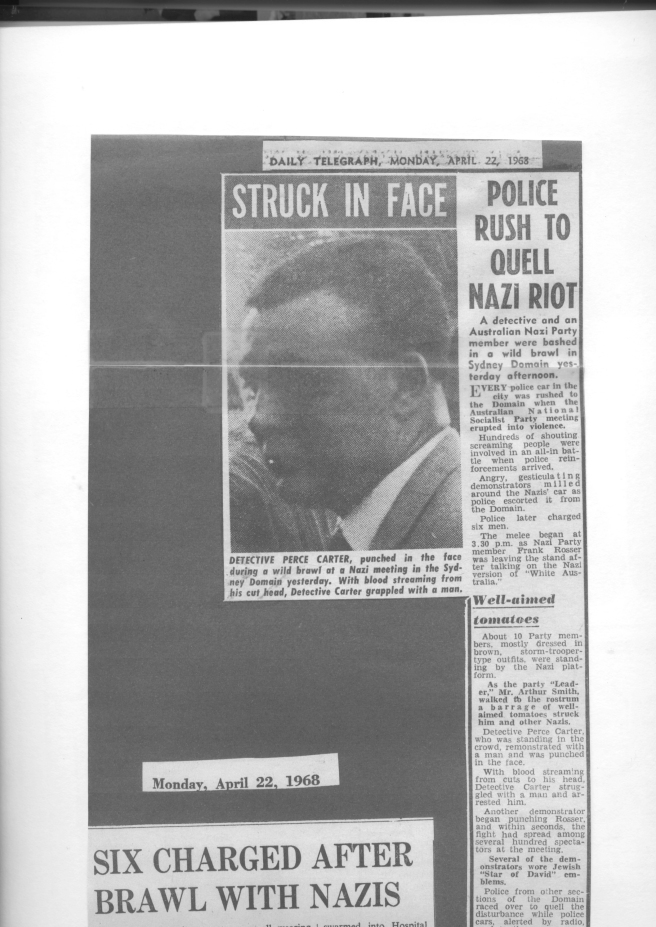 The Telegraph’s coverage was followed up by this article in Everybody’s Magazine  on the 1st May, 2068

I was attacked from behind by a man who attempted to tear my eyes out but I was able to arrest my attacker and one other man. By that time a very large angry mob had gathered and they were eventually dispersed by uniform police who arrived on the scene in large numbers. 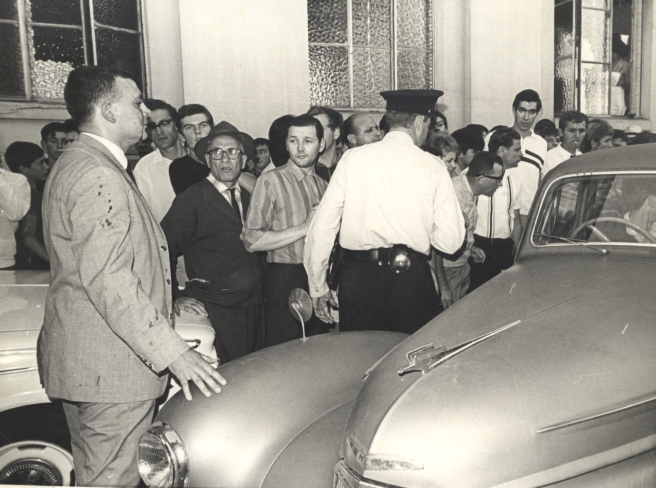 Fortunately my injuries were not serious and after I’d charged the two offenders I was photographed for evidentiary purposes and taken to the Sydney Eye Hospital where my injured eyes and facial injuries were treated and I was discharged.

After a week or so of ‘Hurt on Duty’ leave when my wounds had closed and I could see without too much difficulty, the Police Medical Officer cleared me as ‘Fit for Duty’ and I returned to work to continue with my normal investigative duties with no continuing anxiety or distress.

At a later date my assailant returned to court, pleaded guilty and  was dealt with appropriately. I was extremely happy with the Court’s decision.