My choice of an establishing shot was easy. I just popped outside and photographed our quiet little street.

Now as we know, streets, roads, avenues, boulevards, highways, express ways, toll roads etc are mostly the same, no matter where we travel.

So I thought  today’s street theme would be a good opportunity to illustrate some of the streets, roads, tracks, call them what you will, that you can sample here in the Land Down Under, once you leave the city limits in any of our States or Territories.

This street fair is held every 4th Saturday in a street here in my town.

Then there are the annual parades which take up one complete side of the town’s main street through the central business district. Now going a little further afield to the town of Bathurst in New South Wales here we see a friend on his three wheeled Spyder making a turn from one of Bathurst’s wide main streets. A large group of us were standing on a pub’s verandah waiting for him, hence the overhead view. 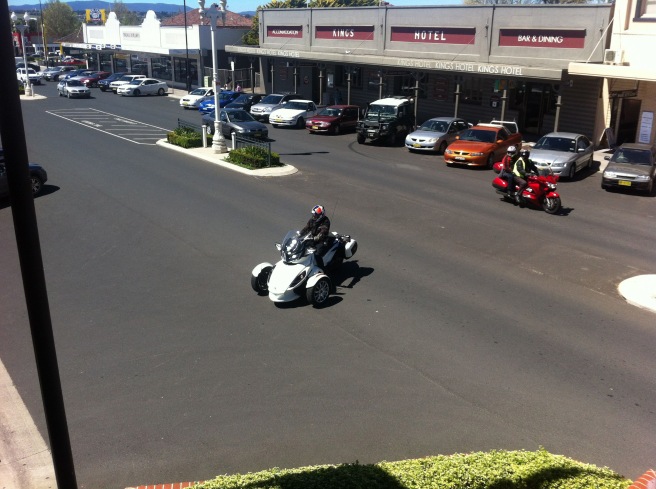 One of the good things about travelling on some of our outback country roads is that there is room to have a bit of a muck about, providing you keep a sharp lookout. Here are a few of us doing just that. Not highly recommended of course. 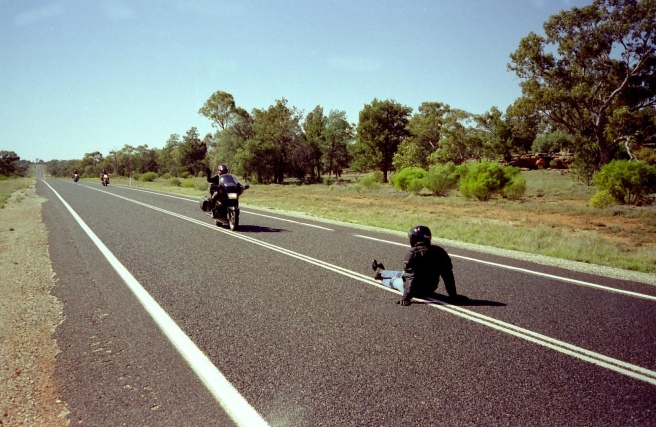 Not all of the roads we travel are paved  so we do get used to driving and riding on dirt roads and tracks. This next image is of a great strip of good dirt road coming into Broken Hill, a mining town in outback New South Wales. The arc you can see in the image is the rim of the screen on my Harley Davidson. 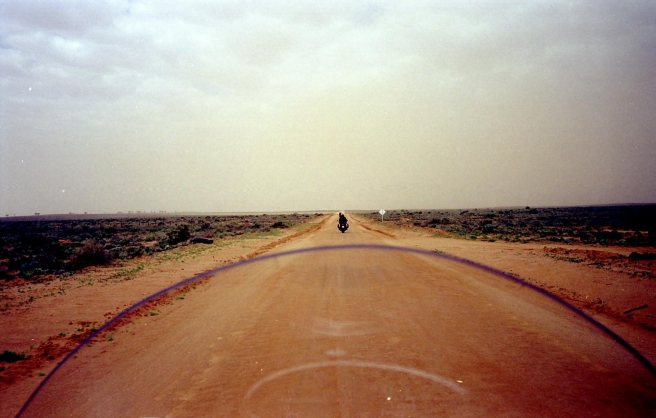 I thought you would be amused to see that revenue raising is not forgotten in Australia’s outback as evidenced by this traffic sign, miles from anywhere on the border of New South Wales and Queensland. You have to ignore the hand written note some wag has placed on the sign, and the dents from shotgun pellets. 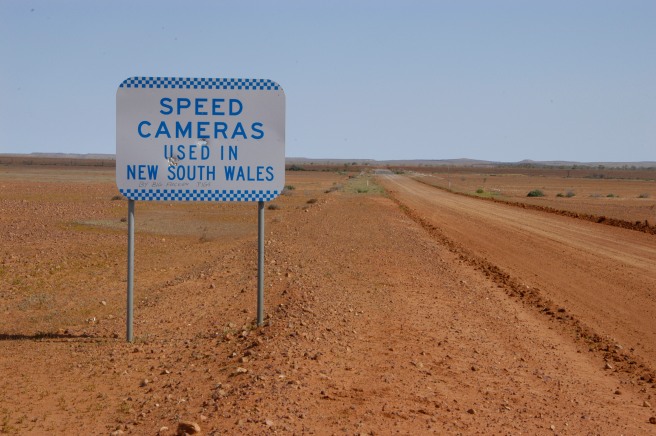 Not every town is a bustling metropolis but every outback town is populated by very friendly, welcoming people. This little town was no exception. 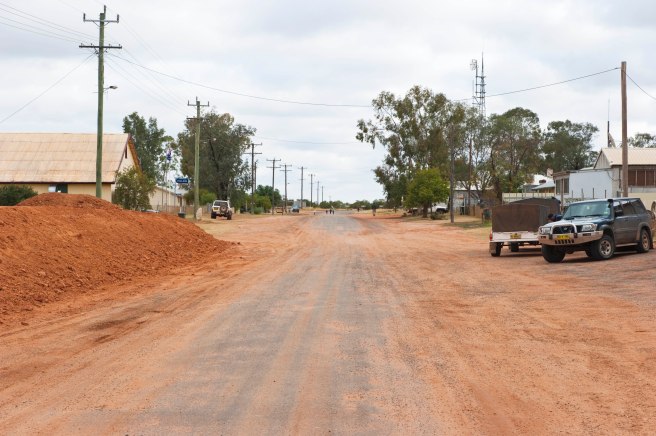 The next four shots; I know you are getting sick of the images;  only one more after these , show some of the varying road/street surfaces we encounter in our travels: 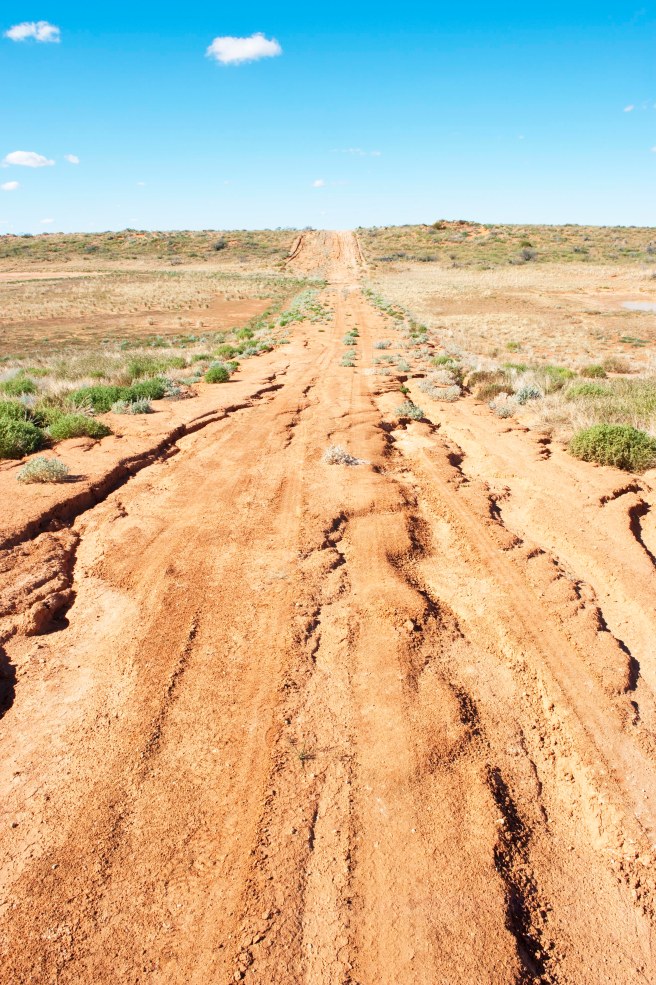 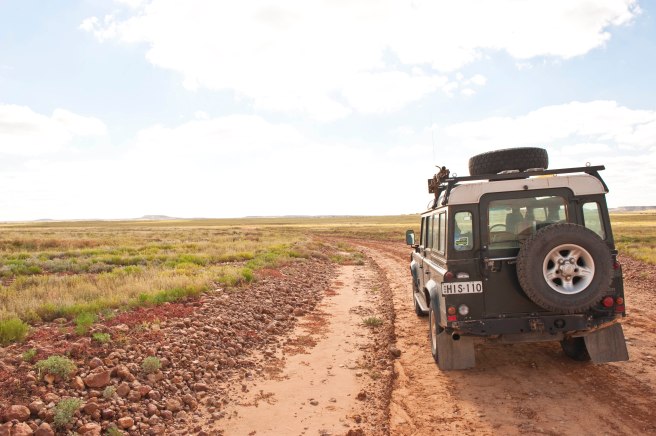 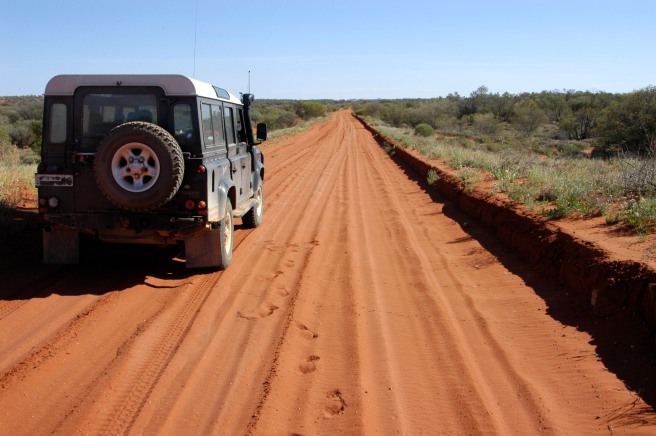 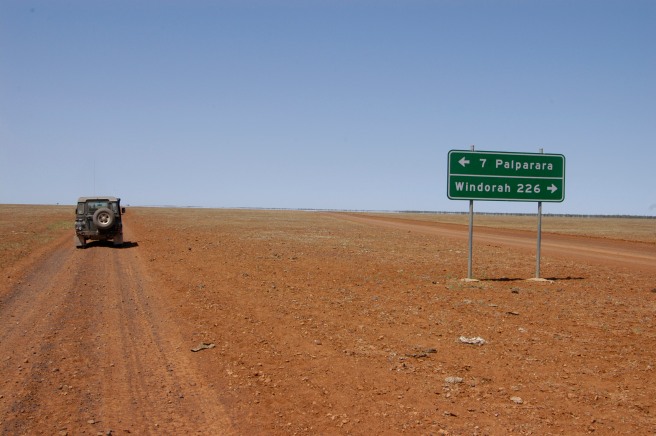 The last and lucky last image for our street exercise takes us back to the bitumen, away from tin tops and back on the bike. Whacko. The image speaks for itself. 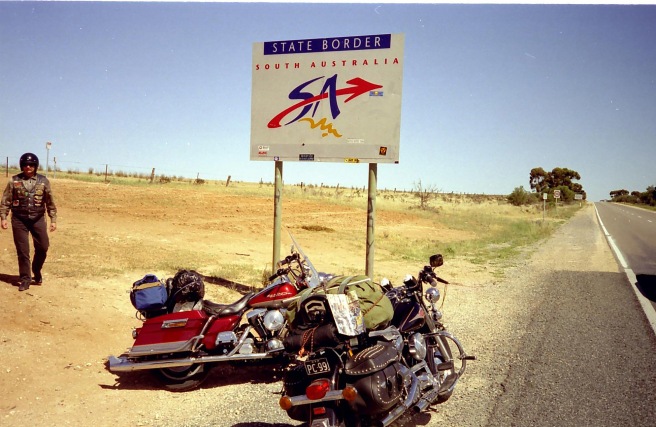 Just one last comment, please don’t get the idea that Australia is totally arid and flat. I hope that before this ten day exercise is over, you will see  lots of trees, rivers and greenery, provided of course that landscapes are the subject for one or more of the days.